Do you miss the days of the Arcade military shooter? Single-handedly blasting your way through entire armies of enemy soldiers, rescuing good guys, and blowing lots of stuff up!!

Relying on just your reactions, your fast trigger finger and a limited grenade supply. Do you pine for the classics of the genre; games such as Commando, Ikari Warriors, Green Beret, Mercs?

Machine Gun Fury is a real classic arcade game – tyranny has taken control with a deadly group determined to force the world to obey their will. Only the Machine Gun Fury can stop them; Gunner Jimbo, Suzi Uzi and the mighty Mini-Gun Floyd. Can your trigger finger handle the insane amount of gunplay?! 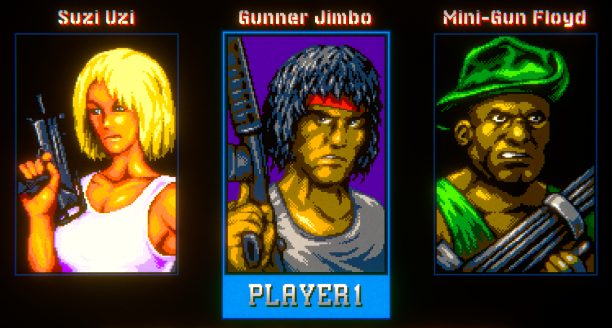