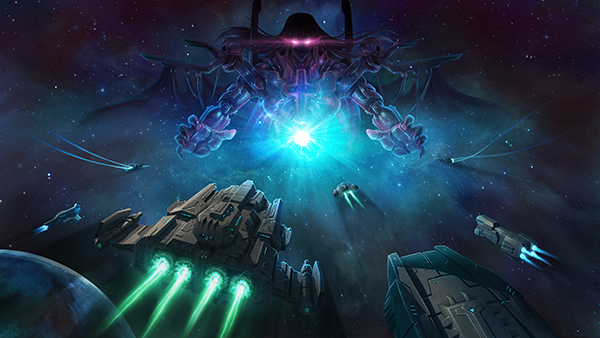 Souls of White Star is a sci-fi themed turn-based strategy card wargame + Roguelike elements. We designed this game with the intention of integrating cards and wargames, hoping to bring a unique game with the best possible experience to players who like both types of games.

The game also includes Roguelike elements, sci-fi-themed star travel and colony building, technology trees, and a plot that explores the cult of prosthetics, ensuring that the game is rich in content.

The core gameplay of the game requires you to flexibly use both sides of the cards to control your units to kill enemies and complete mission objectives, which is also the bridge between cards and wargames. After the cards are flipped over, you can give your unit action points to control the unit’s movement and attack. This design also allows the hand to be completely free of wasted card hands, while the pieces do not have a limit of 1 action per turn, taking care of both the card and wargame systems at the same time.

While traditional card games have cards that all require [cost] to be played, White Night Starry Souls uses a different bandwidth draw mechanic. At the start of the round, you are required to manually draw cards, which are divided into four colors – white, blue, purple, and gold – that cost between 1 and 4 bandwidth points, respectively, and the bandwidth will automatically fill up at the start of each round. This design changes the excessive randomness of the cost limit + auto-draw mechanic, giving players more control over their hand and allowing for more flexible and strategic grouping.

For example: you can always keep only 1 purple card in your entire deck, so that at the beginning of the turn, there is always only 1 card in the purple deck, and you can draw that card at any time you want, and draw it every turn as you wish. Of course this also requires you to pay more bandwidth and you will get less cards in your hand. Thus, by controlling a deck of 4 colors, you can adjust the randomness of DBG to a certain extent, ensuring that the DBG experience is integrated with a highly strategic wargaming system.

The game is in the form of Meat Pigeon + DBG, which traditional Roguelike card players should be comfortable with. You will start with a weaker initial deck, and as the game progresses, gradually acquire powerful cards and adjust the deck to increase your combat power and validate it in the next levels.
In the process of exploring each level, you will gradually obtain a variety of special technology, some will strengthen a particular card, and some is to bring some kind of global increase, so through the collection of technology is also one of the ways to become stronger.
Of course, in addition to cards and technology, there are also a wide variety of random events, enemies, boss battles, facilities, weapons, miracles, plug-ins and more, making each game a different experience.

The first thing you need to do at the start of each round is to create a character. You can choose 1 profession + 3 specializations for a custom mix of skills and talents, which allows you to get different base decks according to your habits, bringing a variety of card ideas and play styles. 3 professions: [Police], [Hacker], [Priest] have very different fighting styles; 9 specializations [Folded Over], [Bomb], [Coil], [Piety], [Energy Absorption], [Watch], [Wave], [Beam], [Magnetism] focus on very different abilities, with hundreds of combinations for you to discover.

Every time you explore a planet, you can build 1 type of facility on it, each with a completely different function, some yielding resources, some allowing you to trade cards, and some directly affecting combat. But each facility needs enough electricity, how to plan the layout and power network to become a business strategy that players need to consider. Of course we have also made some weapons that pay tribute to the classics, none of them are our sentiments as old players ~

Explore the galaxy and unlock a variety of unique [hyperspace weapons] (actually, special abilities~). By choosing the right primary and secondary weapons and matching them with your deck, you will be able to assemble a large number of different fighting styles. In addition, these weapons can continue to accumulate experience and upgrades as the game progresses, eventually evolving into devastating power. Choose the weapon of your choice and go to battle!

Instead of the traditional way of upgrading and strengthening cards, you will instead collect [plugins] in various forms during the game. By attaching [plugins] to your cards you can provide enhancements and even new abilities to your cards! Four different colors of cards will provide different numbers of extra slots, and how to install the plug-ins on the right cards to maximize their effect will be the test of whether players can become competent commanders.

“The White Star appears, the world ends”
When the Earth is about to be swallowed by the sun, mankind launches 3 arks to the future home of mankind. After the last ark departs, the Earth is destroyed, but what meets the fate of mankind is a wonderful paradise or a cruel hell, everything is up to you to decide! 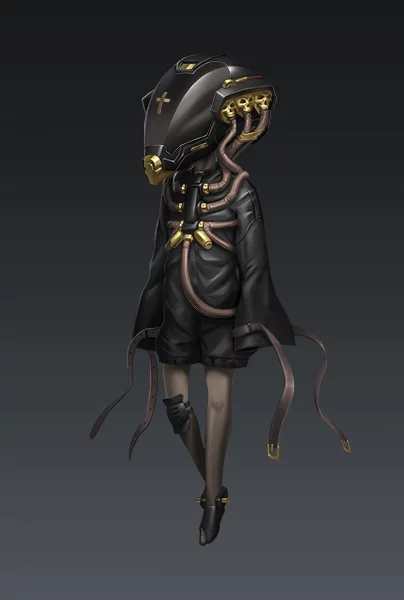 Thank you for your trial experience! Feel free to join the official group and give us any feedback and suggestions, your opinion is very important to us!

How to Download and Install Souls of White Star.